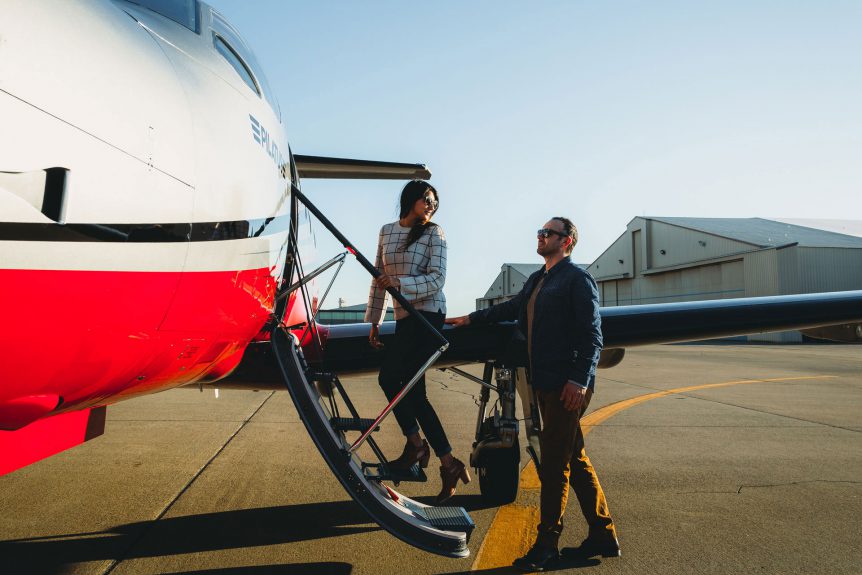 Odds are you’ve heard of Uber and Lyft, the rideshare app giants. Transportation app companies are constantly popping up, including Lime (for bikes) and Bird (for electric scooters).

Perhaps the toniest rideshare option of all is Blackbird – for planes. In select cities, with just a few swipes and taps, you can now use your smartphone to arrange a flight with a private pilot. Options include “hitch” to get paired with a pilot already flying where you want to go; “reserve” to book a seat on a scheduled flight; and “charter” to reserve a private plane. All without having to remove your shoes or funnel shampoo into a tiny bottle.

The idea behind Blackbird is to take advantage of unused plane seats (private pilots are often flying alone) and shrink the cost of air travel so that it’s more accessible. And it could end up being much more convenient. There are 1200 regional airports in the United States for private pilots to utilize, which is 3 times the number of major airports.

The company’s blog shares unique experiences of its customers, like the husband who surprised his new bride with a private flight on a Piper Matrix. As it turns out, private air travel, once a true luxury, is becoming giftable.

Currently Blackbird operates only in the San Francisco Bay area, but the company’s mission is “to bring everyone the freedom of flight.” Hence, they plan to broaden their reach. Expansion goals include a potential shuttle service between Silicon Valley and Reno, connecting the 2 tech hubs. Stay tuned!